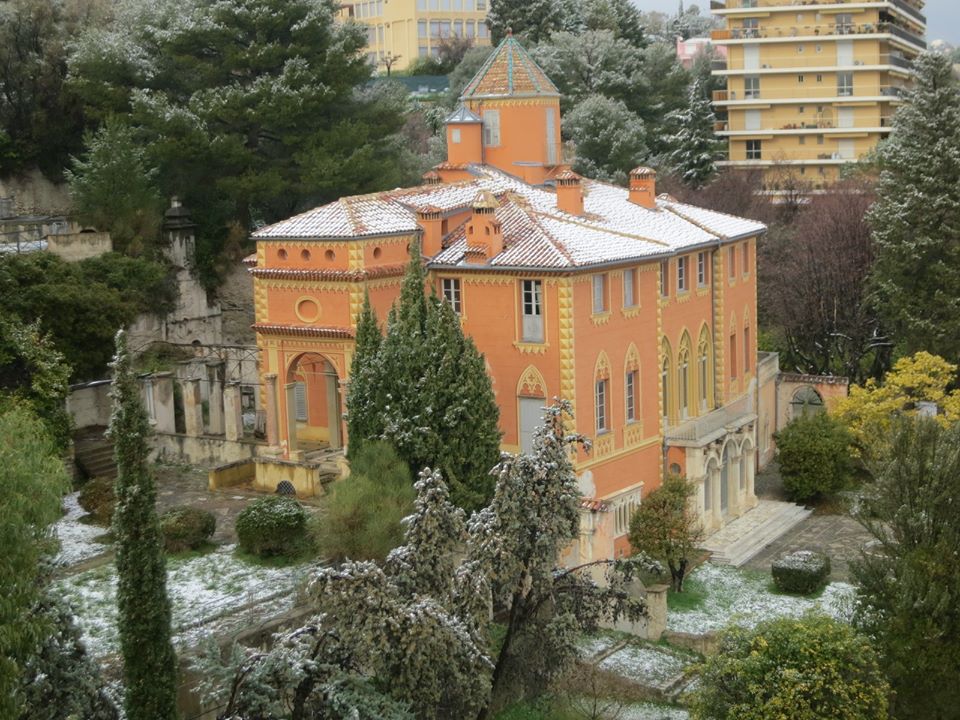 The Abbey is a unique place, in a tranquil corner of the city of Nice, but nevertheless very much at its heart. Nestled within reach of the apartment blocks and hustle of the city but exuding the dignity and stillness of nature and architecture at one with each other, the Abbey is a key element of the Foundation’s ambitious plans.

Dating from the 18th century when it began life as a country residence of the Niçoise Dalmassi family it reverted to the state following the Revolution. It was in the 1920s when its new owner, the antique dealer Edouard Larcade, completely transformed the property with a Gothic theme to accommodate his collections. Making intriguing use of trompe l’oeil detailing, he also dismantled stone-by-stone medieval cloisters of the 10th and 13th centuries, including that of the abbey of Bonnefont-en-Comminges (Haute-Garonne), transporting the stones to Nice to form a single cloister adjacent to a newly constructed chapel on the upper terrace.

The landscape architect Octave Godard designed the gardens, including a huge rose garden (hence the name « Roseland ») to make the Abbey recognizably what it is today. Larcade’s widow donated the house and part of the gardens to the city of Nice in 1970 and it was classified as a Historic Monument in 1996.

With a sublime view of the Mediterranean stretching to the St Jean Cap Ferrat peninsula, the Abbey emerges from almost a hectare of terraced land, scarred yet defiant after too many years empty and neglected.

The Foundation, in conjunction with the city of Nice has ambitious €4m restoration plans to make the Abbey the centrepiece and showcase of its operations. As well as exhibition space, a library, meeting and lecture rooms, workshops and offices, the Foundation plans to turn the gardens into the living embodiment of its principles and aspirations, while respecting Larcade’s and Godard’s original vision.